Noosa and the End of the Fellowship

After the Gold Coast I once again took a bus further north to a little town called Noosa. This big red bus has literally become my second home. I particularly enjoy my bus trips. They have iPod chargers, wifi, interesting people, and comfortable seats.

Noosa was my favorite part of Australia thus far. It is a small town situated right between the beach and a beautiful national park. It is entirely walkable and super quiet. Its layout is similar to Byron Bay, but it much more affluent and not so backpacker focused. Also after the party that was the Gold Coast, a breather from the constant discotek was much needed.

Probably part of the reason that I enjoyed it so much was because I stayed in one of the nicest hostels so far in Australia. It was called the Halse Lodge and was reminiscent of a Hemingway style house located in the Keys. In the center were the rooms. Around the rooms wrapped a beautiful white veranda covered in cozy chairs and couches. It was pouring my first afternoon in Noosa, so I took the opportunity to sit outside and read for 5 or so hours. Thanks Mr. Z for the book recommendation!

Much to their displeasure, Jessica and Katta stayed their first night at Nomads, a notorious party hostel in Noosa. They had a rough first night and they decided to move to my hostel the next morning. Apparently they were kept up all night by their random roommates’ late night visitors….

Sadly I only stayed three nights in Noosa and the last two nights marked the end of our trio travels. After Noosa, Jess headed back home to England and Katta headed up north to Fraser Island a day earlier than me. Ofir, my Israeli friend was still around. Oddly I met him in Byron Bay on the 26th of April and we have had almost the exact same travel arrangements until the 20th of May. On our route north I have/will bump into him at almost every major destination.

Anyway for my first full day in Noosa I hung out on the beach with Jess and Katta. Not much to say here other than it was relaxing. That night I went out with Katta, Ofir, Jess, and my three roommates from the Halse Lodge, Loudin from Canada and two German beauties, Laura and Mika.

The following day Offir, Katta, and I went hiking in the national park. We ended the day relaxing at a secluded beach. Sadly I only had two full days in Noosa. I would have extended it but I had a tour scheduled on Fraser Island.

Below are some pictures from Noosa. The hands picture is a replicable of the famous painting in the Sistine Chapel. No computers and its raining, I have to keep myself occupied somehow! Also the tree picture is a Koala I saw in the wild. Hard to make out but it is there! 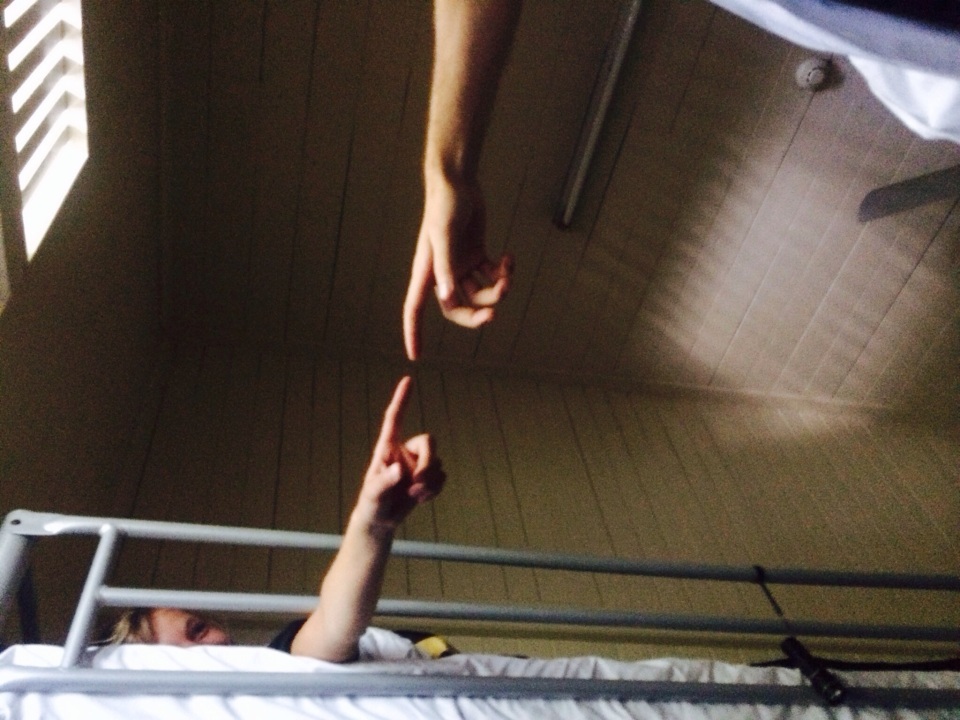 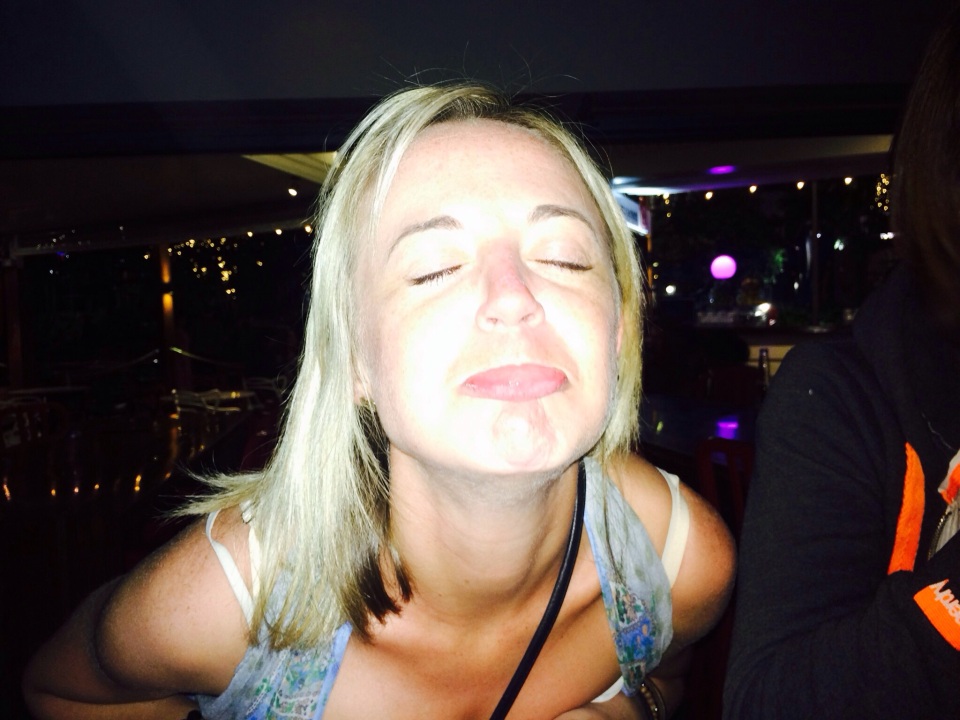 One Comment on “Noosa and the End of the Fellowship”